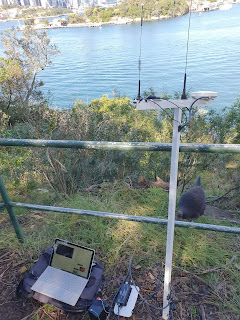 This is the blog for the Test Rig The Test Rig is a aluminium barge that will be used to test the components that will be used in the final boat.  The Test Rig will float in my pool, tethered to the side and fed power from the shore The intention is to run all systems for at least two months, 24*7 to ensure all components can last the trip to New Zealand 26th August 2020  After giving up in frustration at my attempts to weld aluminium, I used nuts and bolts to assemble the propeller protection struts. The thruster has been attached to the rudder shaft and all the cables for the various components on the Aerial pole have been run into the Hull Commencing the installation and commissioning of the internal components, starting with the Monitor and Comms CPUs 15th June 2020  The code for the calculations for collision avoidance are now working. This includes the relative course and speed of the two vessels and the likelihood of a collision Now start the design of the algo
Post a comment
Read more 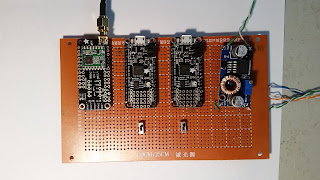 This blog is to try to document the progress, decisions, photos, ideas, musings, tasks and associated files in the endeavor to build, test and launch a craft that can motor, unaided, from Sydney to New Zealand The blog entries are organised from the latest at the top to earliest at the bottom 20th January 2019 I took the boat to Narrabeen Lagoon to test out all components and functions. The radio network that worked fine the day before refused to work on the day. The first test was aborted due to seaweed fouling both propellers. Once this was cleared, the boat was started and sent off. It reached the first waypoint and turned for the second. It then developed a problem, possibly with one of the motors, that prevented it from turning left. this caused it to run in circles, attempting to reach the waypoint. A chase boat on standby in case of problems turned off the motors and returned the boat to shore This completes the prototype blog. Since I have already successfully
1 comment
Read more